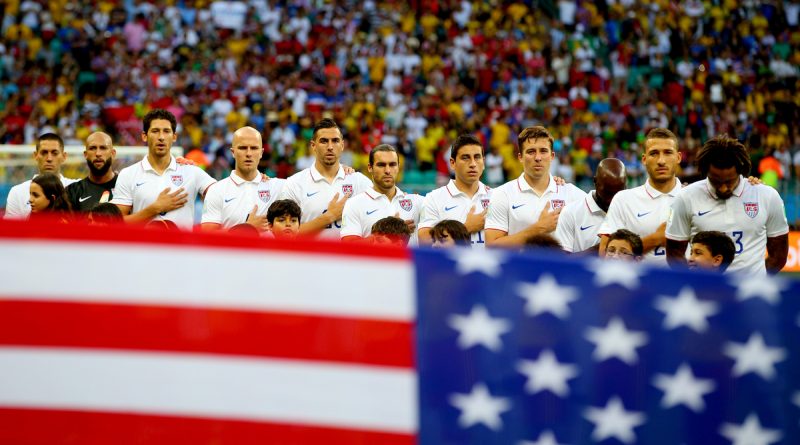 3) Since the 1980’s and 1990’s soccer has become more of a rich kids sport than ever before. The 1994 World Cup team looks like the who’s who of millionaire’s kids from the richest suburbs in the country (research it), but its even worse now. Upper middle class families are using pay to play soccer as a way to get soccer scholarships to college and end up paying up to $6k a year for their kids to play on the club/travel team. This wasn’t happening that much in the 80’s or 90’s when most of the kids who made up the US World Cup teams in 1994 and 2002 were getting developed as young players. This was when the USA had the best teams and made it to the quarterfinals of the World Cup for the first and only time (2002.) When I was a kid I never paid more than the league registration fee to play and sometimes never had to pay that because the coach paid it for me since he wanted me on the team. Once I traveled to Europe to play but most of this was covered by sponsors. Paying thousands a year to play youth soccer is ridiculous. As a former professional player I can tell you that traveling is really not needed for young players to develop. Good coaching is required. What’s happening is the deficiency in coaching is being replaced or falsely replaced by coaches and teams claiming that because the teams go to fancy tournaments then the kids are getting better soccer training. Soccer happens on the field not on the highway. This all results in missing out on serious athletes who will just switch to baseball, football, or basketball which are much cheaper to play at a high level in the USA or they will just play in the Mexican leagues or in pick up soccer leagues and fall out of the system.

4) The selection of players for the various all-star and ODP teams from the youth level on up is totally political and based more on how much the player’s family or parents can do for the selection committee or how much they can donate than the actual quality of the player. I was once an ODP coach and I had the power to select or cut anyone I wanted. While doing this I was also offered a bribe, that I refused. The bribe was for me to do something in exchange for future playing career favors and recommendations by one of the main ODP bosses. The selection of players in this country is dirty. It’s rife with politics and corruption. And now agents have birthed from the belly of ODP to monetize this dirty and corrupt player selection process. Few people know that only a few powerful agents control, from the shadows, all of the player movement, league expansion, exhibition games, coaching hires in the USA. The agents are the agents of the coaches and the players and the league and the teams, all at once. Some agents are even coaching teams while they are the agent of the players, which was against FIFA rules and might still be against the rules. I think now FIFA has modified it’s rules so that this dirty business can continue as long as the agents declare in writing any “conflicts of interest.” You can look this up in the current FIFA regulations on intermediaries. At the least this is a serious conflict of interest and borderlines on monopolistic business practices, whic are illegal. Soccer in the USA is a closed system where friends benefit friends and the dirtier you are the more you succeed and they keep everyone who’s not on the inside, on the outside looking in. It’s corrupt and it results in not getting the best players on the various ODP, college, pro, national team rosters. There is a reason why the US National Team players are by far the sons of millionaires and former professional team owners and from a small group of “soccer hotspot” cities instead of a random group of the best players from wherever they happen to live. This is changing but just look at the parents of the 1994, 1998, 2002 World Cup squad to see that this is not a “random selection” of the best players, many are former professional club owner’s kids, well connected sports caster’s kids, millionaire’s or league official’s kids, kids from the same private school, same college, and even the same neighborhood.

5) Soccer fans in the US just aren’t educated in soccer enough to know all this until it’s too late, like now for example when the USA is out of the 2018 World Cup. And even now when more people realize something is wrong than ever before and people are looking for answers, they have it all wrong. People are blaming the coach, the president of the federation, the players, the field, the referee, the ball, luck… no the problem is the system that is evolving out of a niche sport that allowed almost anything to happen. Immigrants from soccer countries like England saw that they were like soccer gods in the USA where they couldn’t coach a girls pre-school team in England, so American soccer attracted power hungry people, mostly from England and the UK due to language barriers, who exploited the situation for their own power hungry motives and financial gain. This exploitation from the shadows and the system that was created along side it is the problem. Firing the coach, replacing the president, retiring the players will have little effect until these unethical and unqualified opportunists are gone for good from the beautiful game in the United States. The truth is that this will take generations until they are all replaced by a fresh batch of hopefully more honest American-born former professional player coaches, administrators, agents, and executives.

This is just my opinion based on my experiences. If you don’t believe me just watch this video of a very honest former Scottish international/Chelsea FC player. Pay close attention to when he talks about how it’s such a dirty business, soccer in the USA, that if you speak out against the powers that be that you get blacklisted and people are afraid to say the truth or they risk losing their jobs and friends.