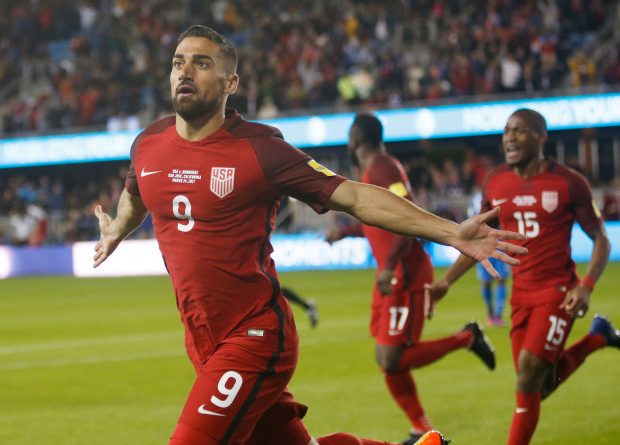 Reading the reaction to the US loss from sources outside the USA gives a fresh perspective. A prime example is the article from The Guardian, linked above. It also shows that people in the UK care more about soccer than people in the USA, still, even for their own team. This article has 682 comments! I’m not even done reading the comments, but reading them you can get a lot of the real truth of what’s going on with soccer in the USA.

1) US Soccer coaches aren’t selecting the best players even when available and known. It doesn’t seem that US Soccer actually wants the best players. Instead they currently have the coach’s son and MLS employees’ sons on the current team and on the coaching staff. American soccer has more cases of the coach is my dad and the team owner(executive/admin/insert whatever job here) is my dad than any other country in the world. The current World Cup team has at least 3 obvious cases of the player or coach’s dad works for either US Soccer or MLS. 3 cases of familial conflicts of interest on one World Cup team is too much. This is left over from youth soccer with its soccer moms, oranges at half-time, and mini-vans that still plays out at the highest level of soccer in the USA. Ramirez and Sapong are the current leading American goals scorers in the top tier American professional soccer league but weren’t selected to take part in US qualifying. Together they have about double or triple the amount of goals of the rest of the forwards on the US team who are playing the same league, even. Yes, read that again, double or triple the goals of all the other forwards combined this season! The fact that nobody even knows this or talks about this says everything about the problem with soccer in the USA. It’s like leaving out Michael Jordan and Lebron James from the NBA All-Star team in the same year and then asking serious soccer fans to take them seriously. In one breathe MLS and US Soccer criticized Klinsmann for not respecting MLS and not selecting enough MLS players for the World Cup team and then they fired him and ignored the top 2 American leading goal scorers in MLS. What a bunch of baloney. What a joke. Whatever it is that US Soccer is smoking please do not share!

2) American coaches by far and in general don’t know much about soccer so high level coaching is missing at every level from 6 year old kids, through college and MLS, and up to the World Cup team (except when we’ve hired foreign coaches like Milutinovic and Klinsmann.) Not only is top level coaching missing so is mid-level and low level. In Spain all youth coaches are required to have coaching licenses which cost much less to get than in the USA and are about 3,000 hours more of study and coaching training. American coaches also don’t know how to spot a good player. I often say that American coaches wouldn’t know a good player if one kicked them in the leg. This is mostly because they’ve never seen one close up on a soccer field and off the field. Only players who’ve played at the top level in a top tier soccer country have the ability to know quality players, and even then many top soccer coaches fail at player selection. Experience is everything! Americans don’t seem to want to admit this. Americans nowdays think they know just as much as the Germans and Brazilians when they just don’t. Stop there. You don’t know. This kind of experience only comes from playing in top tier leagues and immersion in that top soccer culture and we’ve still have very few American players who have done this, and MLS doesn’t count as a top tier league, neither does 2nd division in England. And traveling to Manchester United and Barcelona games to watch from the stands or in training sessions a few times a year doesn’t count either. However when we do hire these top foreign coaches we try to get them to be babysitters and administrators instead of just coaches, just the DT. In other countries, where they actually know something about soccer, the head coach is the maestro, he doesn’t wipe butts and change diapers, he’s the master-mind behind the team. Americans don’t even know how to hire a coach. US Soccer tried to get Klinsmann to be the equivalent of a youth league administrator and the head coach of the World Cup team at the same time, all the while telling him he was wrong with with every decision he made. The same thing happened with Bora Milutinovic. The USSF tried to get him to have a more administrative role than just being the head coach and he refused so they fired him. Seems the USA can’t get away from it’s youth soccer roots. Another problem is that the USA doesn’t have the experienced soccer people to fill the administrative roles either so we tried to get Klinsmann to do too much. Klinsmann should have hired someone to do the technical director.